Rate this item
(0 votes)
Written by Blog User; Saturday, 22 September 2018 00:00;
Published in Africalotto in the community; 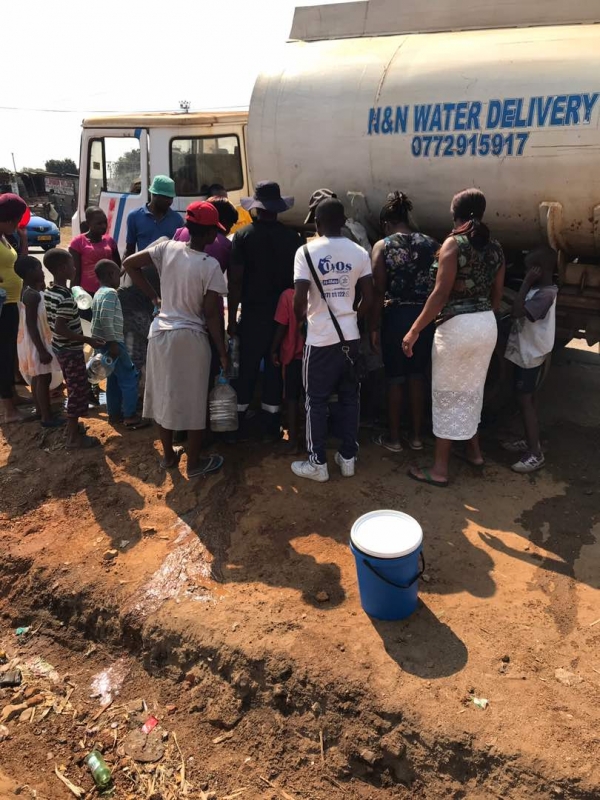 FOLLOWING a passionate plea to help contain the spread of Cholera in the capital city Harare, Africa Lotto has swiftly responded by donating 100 000litres of clean water to the affected areas. The high-density suburbs of Budiriro, Glen View, Glen Norah and Mufakose are some of the worst affected areas. Mr Joel Zizhou, a Senior Environmental Health Officer with City of Harare, said Council will distribute the highest percentage of the water at shopping centres in Budiriro 1, Budiriro 2, Budiriro 3, Budiriro 4 as well as Budiriro 5A and B. “These are some of the worst affected areas,” said Mr Zizhou. “We will distribute to shopping centres because they are close to homes.” Mr Zizhou thanked Africa Lotto for their gesture, saying the water will greatly help contain the outbreak. “In the past when we received this kind of donation it really went a very long way. This donation from Africa Lotto will help in a very big way.” The Zimbabwean Government has declared a Cholera emergency and called on corporates and individuals to help fight the water-borne disease, which has since claimed 31 lives in the capital since the first case was reported. “We identified that the source of the outbreak was contaminated water,” said Dr Isaac Phiri, who is in charge of the prevention and control of communicable diseases in the Ministry of Health. “So we were desperately in need of water and other commodities. But water was chiefly critical. The City of Harare is unable to adequately supply clean water 24 hours daily because of the numerous challenges they have, that’s why people were now getting water from unprotected sources.” Dr Phiri expressed gratitude to Africa Lotto and others who have responded to the call to donate to this cause. “Many donors have helped in this regard – supplying water, tanks and other useful stuff,” he said. “Africa Lotto have chipped in with 100 000litres of water. This is highly commendable. They are giving back to the community. We are very grateful for their support.”
Read 2935 times Last modified on Saturday, 22 September 2018 11:00
Tweet

More in this category: « Africalotto in the community Serving You, Serving Society! »
Login to post comments
back to top