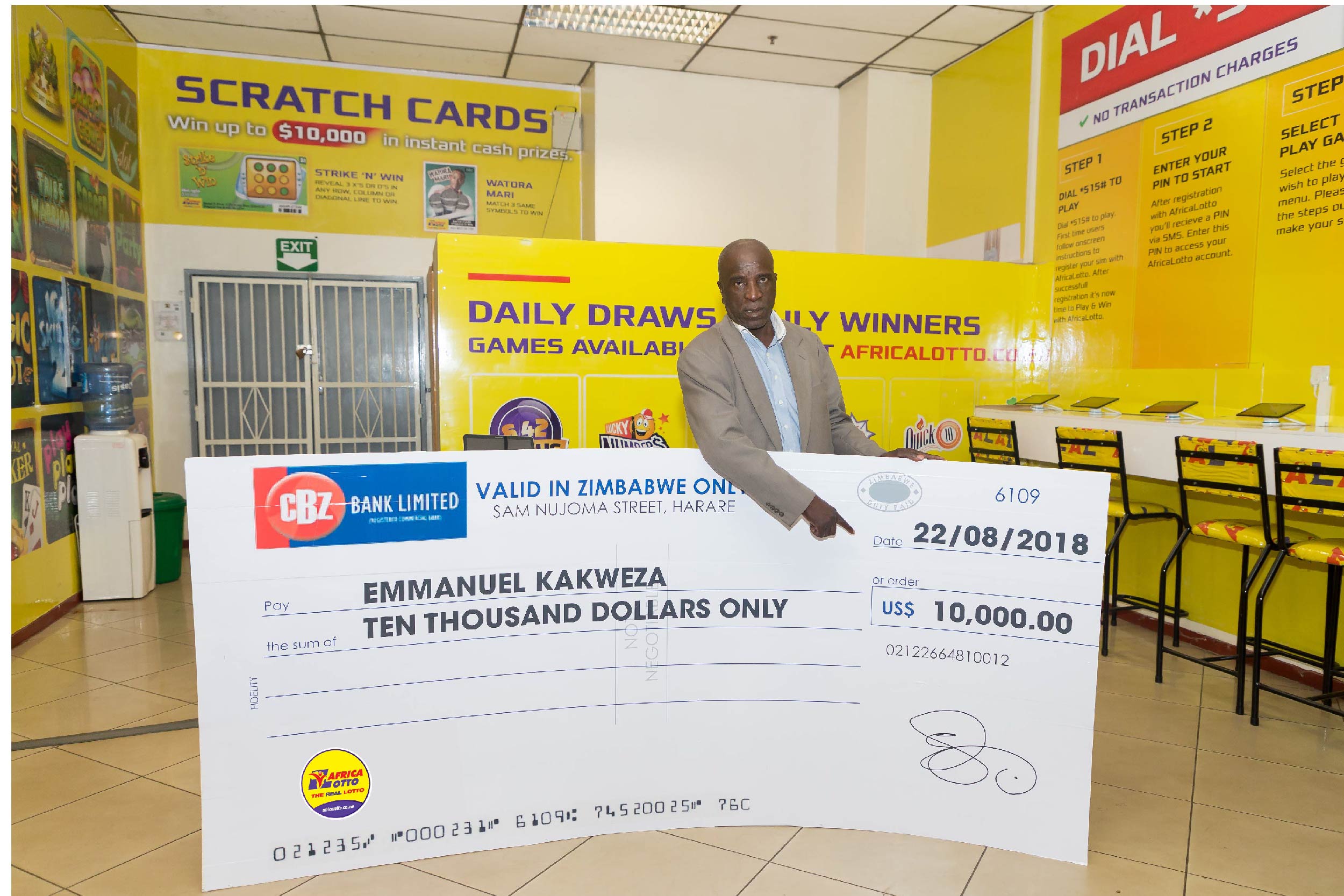 63-year-old bus driver, Emmanuel Kakweza, has won $10 000 after scratching a $1 Strike and Win card which is amongst the array of scratch card products offered by Africa Lotto. Mr. Kakweza says he is encouraged to keep trying his luck for a much bigger jackpot. “I will also stop when I win this,” Glen View resident Kakweza said, pointing to a promotional banner in the Karigamombe branch, which showed a previous lucky punter winning $200 000. “I also want that $200 000 now. Then I can stop.” This is by miles the biggest pay cheque won by Kakweza since he started playing the scratch-card two years ago. “Before it was $5, $10, and perhaps the odd $100 winnings. I’m over the moon, son, and I owe Africa Lotto a huge amount of gratitude.” The father of eight and grandfather to several grandchildren has been a gambler since his youthful days, but he says he is pretty new to the Africa Lotto scratch-card, which he reckons is much more winnable. “This one is easier than yekunyora iya. I encourage fellow punters to put their money on this one.” Kakweza’s win was from a stake of a dollar, and he says he sent one of his younger sons to buy the winning scratch-card. “I called my best friend and fellow punter Promise Maziwisa after I won, and he obviously is extremely happy for me. I just haven’t decided on how to use the money, I will sit down with my family and plan. But being a driver, I think I will invest in the transport business.”
Published in Winners Stories
Read more...